We've been so blessed by the people in our lives. Often these people go unsung. You've heard me rave about how awesome my mom is, or my sister, and more recently, M - my fiance.

So in light of Father's Day coming up I wanted to stop and appreciate the men in my life, of which there are three stand-outs so to speak. As in, they are the most important. They are listed in chronological order of appearance. ;)

As you all know, Sparky's (the kiddo, it's easier to call him by something, so a nickname it is!), well, his dad is not around (his choice really). After his outburst when Sparky was 2 about him being "retarded" I quickly washed my hands of that mess. Growing up without my father I knew such a person was overrated anyway. My dad was no winning soul. In fact, I'm pretty sure I am better for not having to deal with him.

Oh no! You cry... How could he (or you) survive without a father or some type of father figure?

Well, for starters, I ended up gaining this pretty stand up guy for my stepdad.

Not anyone could come into a house with a woman and her three growing daughters. Talk about nerves of steel.... My sisters and I, well, we were something of a handful (I'm a middle child, go with that where you will). We'll argue who was worst (the youngest I say!) but all in all, we were quite the trio. He came into this mess, with two kids of his own (b/g, both younger than us), persisted like crazy to get my mom to marry him, and did a pretty decent job of being around. You can imagine that with 5 pretty active kids that there would be a lot to keep up with. He managed to. I get lost keeping up with my one and only Sparky, I can't imagine 5! We all turned out pretty good, if I do say so myself. Sparky and I lived with my parents while I finished college with my first degree until Sparky was 3. Then we moved out. Today my dad (as I often refer to him) is the proud grandpa of 3 grandkids (Sparky is first, then Z, then Ladybug) that he spoils as best he can. While my little sister has been out of high school for nearly a decade, Grandpa's youngest (g) just graduated. His 'nest' is now empty. More time to spoil the grandkids!

Then there is this other guy, a little known guy, a guy who was (and still is) an important figure in Sparky's life. You may recall references to a random guy, R. We'll call him by a nickname, Ears (long story). I have known him for nearly 20 years (man, that makes me feel old!). He's been my best friend for ages. When Sparky was 2, he came home from Iraq (he was there for about 2 years as a Marine). He visited me at college and (as I say) I haven't been able to get rid of him since! We were together for 5 years. During that time he was such a blessing and pillar of support as I finished my (first) degree and went through getting Sparky's Autism diagnosis.  That was a rough period for sure, just trying to get answers and help. Ears stood with us through it all. As Sparky grew and went to school he started noticing his classmates had this guy in their life. This guy who was with mom and did certain things with and for their kids. Something clicked in his head, he put 2 and 2 together and determined that Ears was his dad. To this day he calls him dad intermittently.  If he sees something that refers to "dad" he thinks of Ears. We have never told him otherwise and really, it doesn't matter. Ears is dad to this kid. To this day Ears and I remain close (and yes M knows and is totally ok with this). I still rely on him for support. There's a lot of history and mutual respect there. I'm sure I'd have lost my mind long ago if it wasn't for him. Even at 2am. Sparky even emails him on occasion and loves having that avenue open to him. Ears considered Sparky his own and I know he does to this day. He would do anything for that kiddo...

Now there's M. I'm going to call him Strike. (He was an Army Ranger before getting hit by lightning. True story.) A dad himself of two absolutely adorable kiddos (4/g and 7/b). Kids he lives for. Being a dad is just in his blood. People always comment on how great he is with them and how he has so much patience. I hear that a lot, "He has such amazing patience!" Yeah. I get it. I have very little. I know. He has a lot. Thanks for reminding me... :) There was a time when I actually was very resistant to him.  I know how hard my son is. I've lost relationships over it. But man, Strike PERSISTED.  He wouldn't leave me be. He kept calling and texting and working his butt on in. I eventually gave in... ;)  He is really good with Sparky though. There are days when I'm just about at the end of my rope but he is no where near it. There are days I can't figure out just what it is Sparky is trying to tell me and he gets it right off the bat. (I'm a little jealous of this... :) ) I saw it right away when I met him. Right away. When Sparky had his first meltdown when Strike was watching him and Strike didn't bat an eye. I knew. When Sparky screams his way through each and every haircut that he gets and Strike doesn't bat an eye. I know. When Sparky is up at 3am, in my bed, talking and wiggling around, and Strike doesn't even peep (aside from the occasional answer to Sparky). I know. When Sparky is absolutely losing his mind over whatever and breaking eardrums. I know. When Sparky tells him how he can't marry me and he needs to go away, and Strike tells him too bad cause he's here to take care of him and his mom. I know. Every other guy (except Ears) has run from it. This kid is a LOT of work. He's a lot of frustration. He is a lot to deal with. He isn't easy. Strike just shrugs it off and keeps going. He knows. He understands. He's resilient. He's patient. Damn I'm blessed!

Without these three guys I'd probably be lost. I am very lucky to have them. I'm even luckier that they want to be around. So while I have mixed emotions about Father's Day (you can read about it here), all in all, I'd say we are truly blessed. 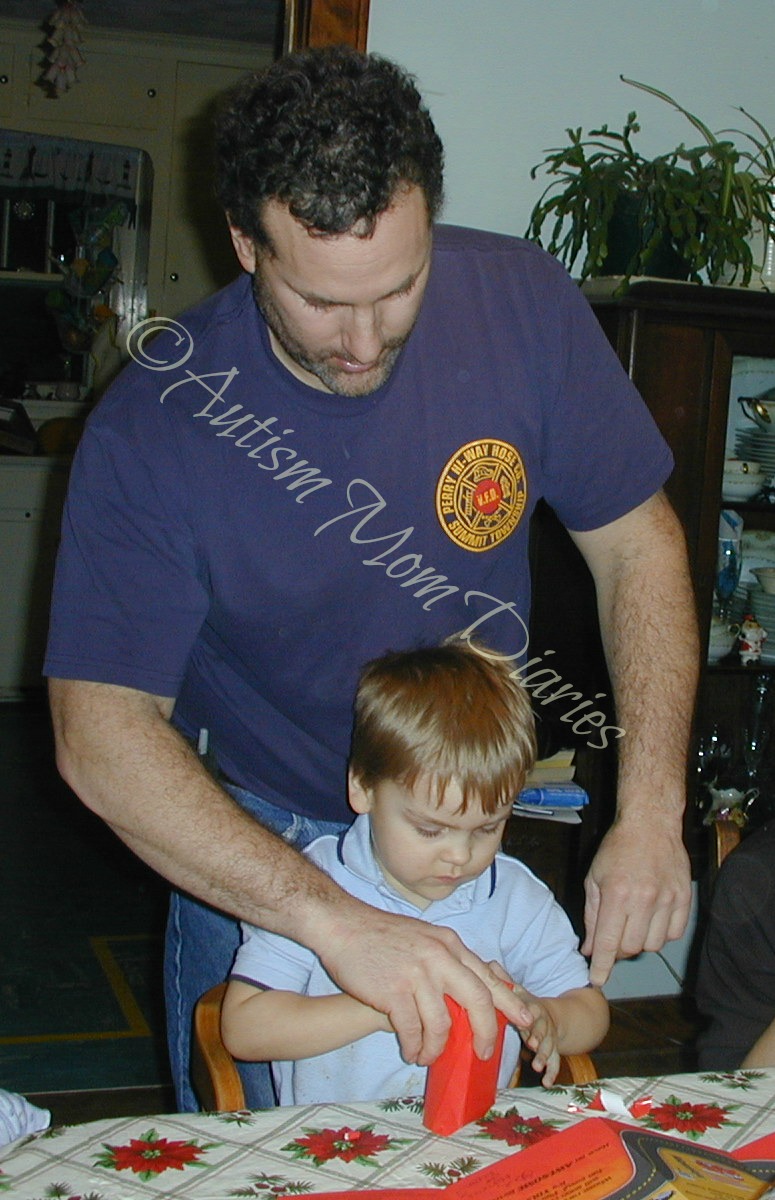 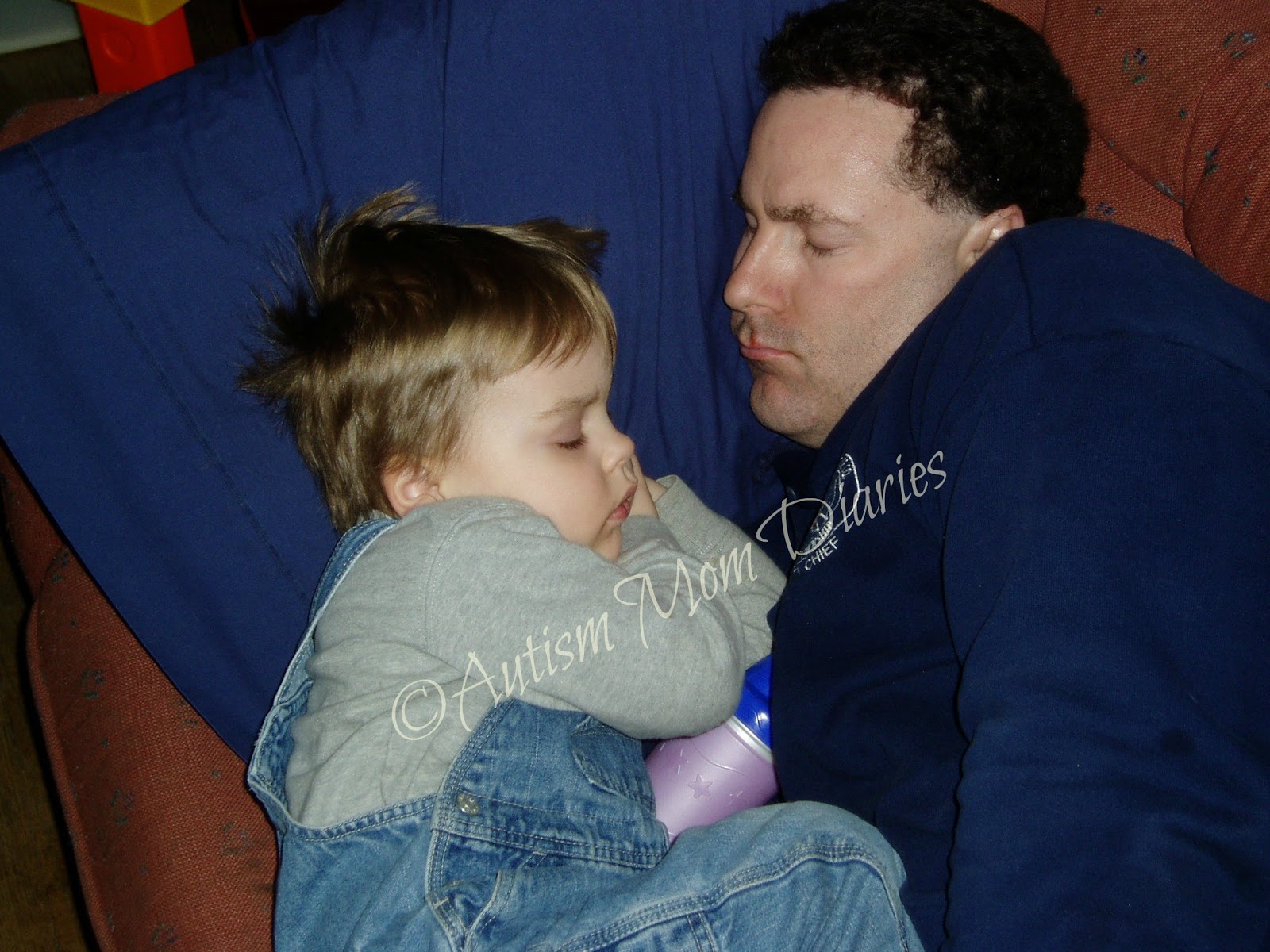 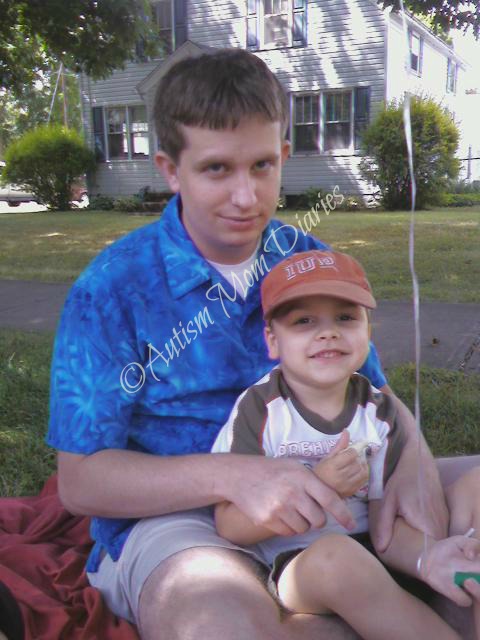 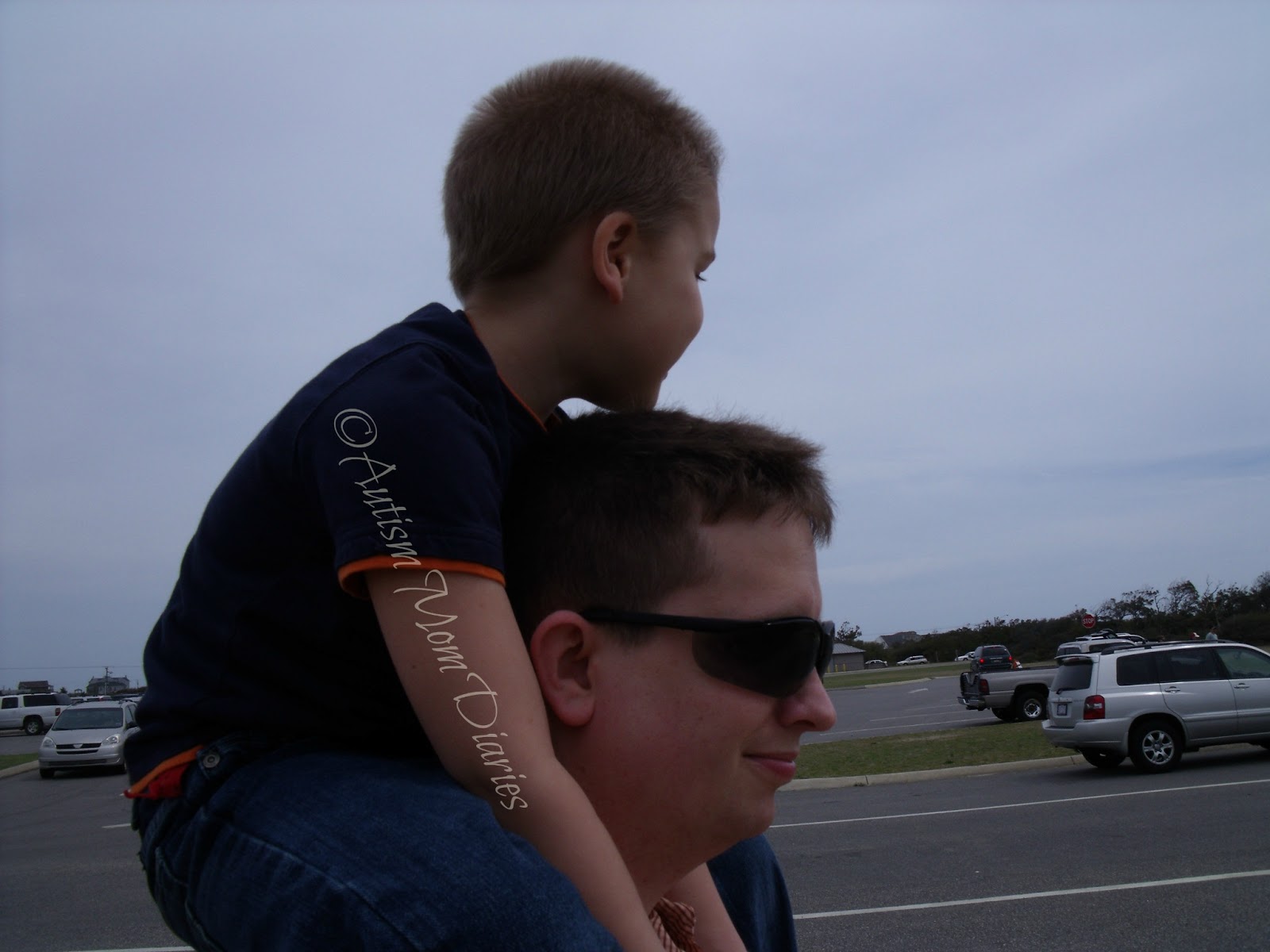 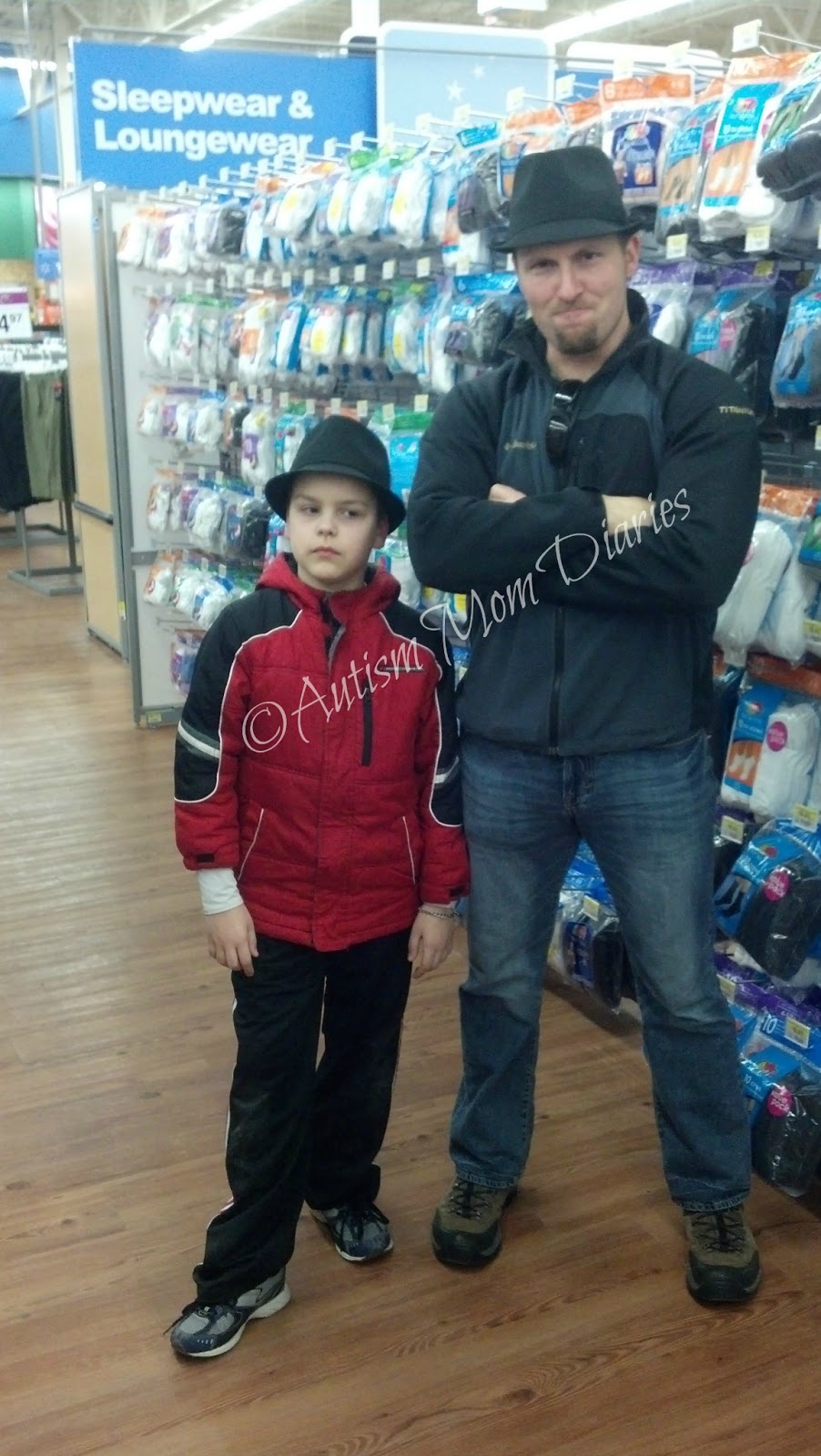 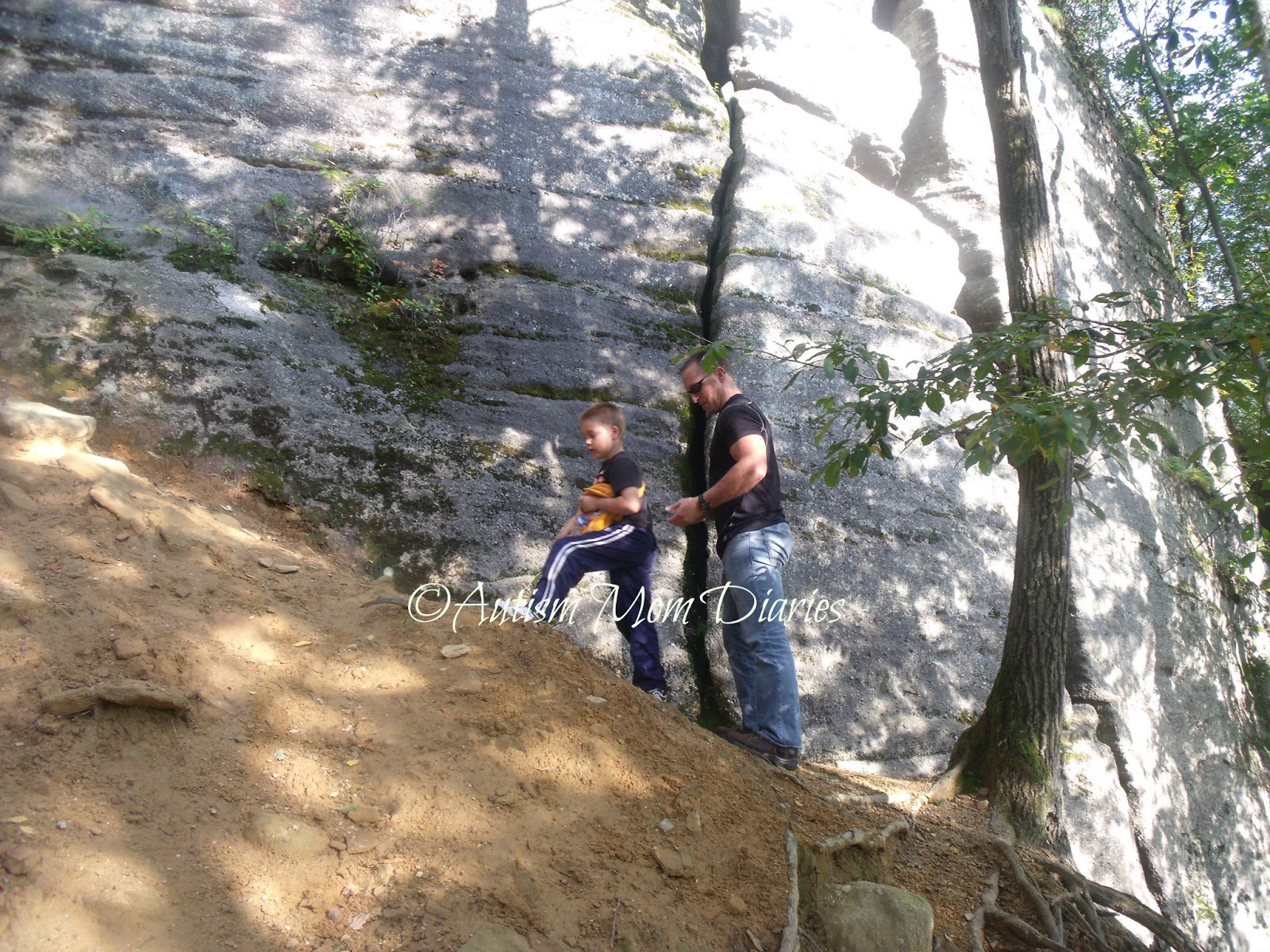