Often as parents of Autistics (even Autistics themselves!) we encounter some level of ignorance towards our children. It's usually something that, all irritation aside, we can brush off and move on.

It must be something in the air but I've seen so much of it that I have literally stopped dead in my tracks.

I've seen facebook postings and blog entries about people feeling uncomfortable around our kiddos in some way or another. On one level, I can understand that if you aren't sure of how to respond or interact.

Where I draw the line is people who question our judgement. And even I've been questioned recently.

Judgement on what? ANYTHING. I know my son. I know what he can handle. I know his life story. I know myself. I know what I am capable of. I know how to handle things. It's a skill that we learn to hone. Survival depends on it.

If I am comfortable with something, if I say "I've got this," then guess what? I've GOT this. We won't just talk out of our big toe and bluff. We don't have the time or the inclination. It isn't worth the effort.

It's an insane little poetic irony, really. For example, one could trust my judgement on everything. Literally everything. Business, personal, whatever. But suddenly, when my son comes in the picture, my judgement isn't worth trusting?

A wee bit hypocritical no?

He plays the same games your kids do (and is extremely good at it): Minecraft, Mario Brothers, Sonic, Pac Man, Angry Birds, Bad Piggies (which he beat in less than a week).

He loves to play on the playground and go to the beach.

He loves to swim. (I know, I just burst your "but Autistics don't swim!" bubble. You'll live.)

He loves being on the water (he spent the first couple years of his life on a sailboat and still goes out on boats that family has, even canoes).

He loves to watch movies and TV shows. Granted he probably watches a little more Animal Planet and National Geographic Wild than your average kiddo (his aunt was a zookeeper for years), but he loves Fairly Odd Parents, Penguins of Madagascar, Fraggle Rock, the Madagascar movies, the Ice Age movies, Muppets, America's Funniest Videos, Wipeout... The list goes on!

He loves to read! Good lord can this kid read too.... I have more books in this house than I have shelves to put them on.

He loves to draw and create. He's written 5 chapter books to date and he has more in his head to write. He's constantly drawing and molding with clay. He is extremely detailed in everything he creates. He draws every single day.

He does chores, like, real responsible chores. He empties the dishwasher and feeds the cats. He cleans up his toys. Heck, he can even feed himself breakfast and lunch. He just started learning to cook on the stove!

He's in the same class as your kid. Yep, included right on in, successfully! They help him, they play with him, they include him!

He's always thinking. Always crafting. Always developing. Give him a challenge, he'll meet it. I guarantee you.

Do we have to take special considerations? Sure. We have to be mindful of the environment. Who isn't? We have to pay attention to schedules and routines. Who doesn't like predictability? We have headphones for when noises become too much. Makes sense. We are trying out a weighted blanket, mostly to ground him so he can sleep. Honestly, I'd use the thing too! Yes, we recently added a swing into my living room. It gives him the sensory input he needs to be calm and focus. Who doesn't like to  swing or sit in a rocking chair?

Yes, we have to be more hyper-vigilant. We are forced to be more aware. It tends to make us look like helicopter parents. But that doesn't make my son less of a kid.

And because everyone loves pictures: 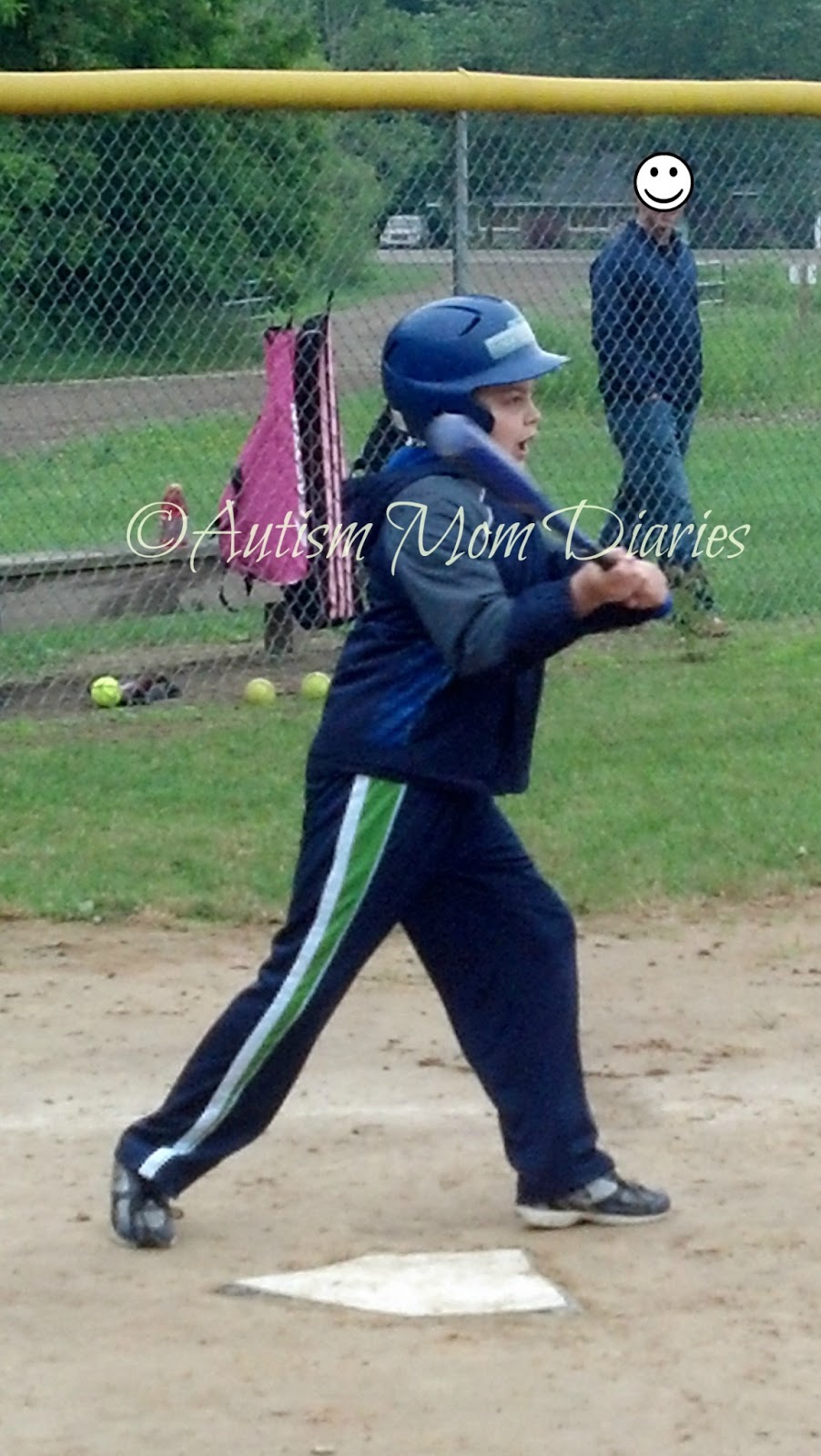 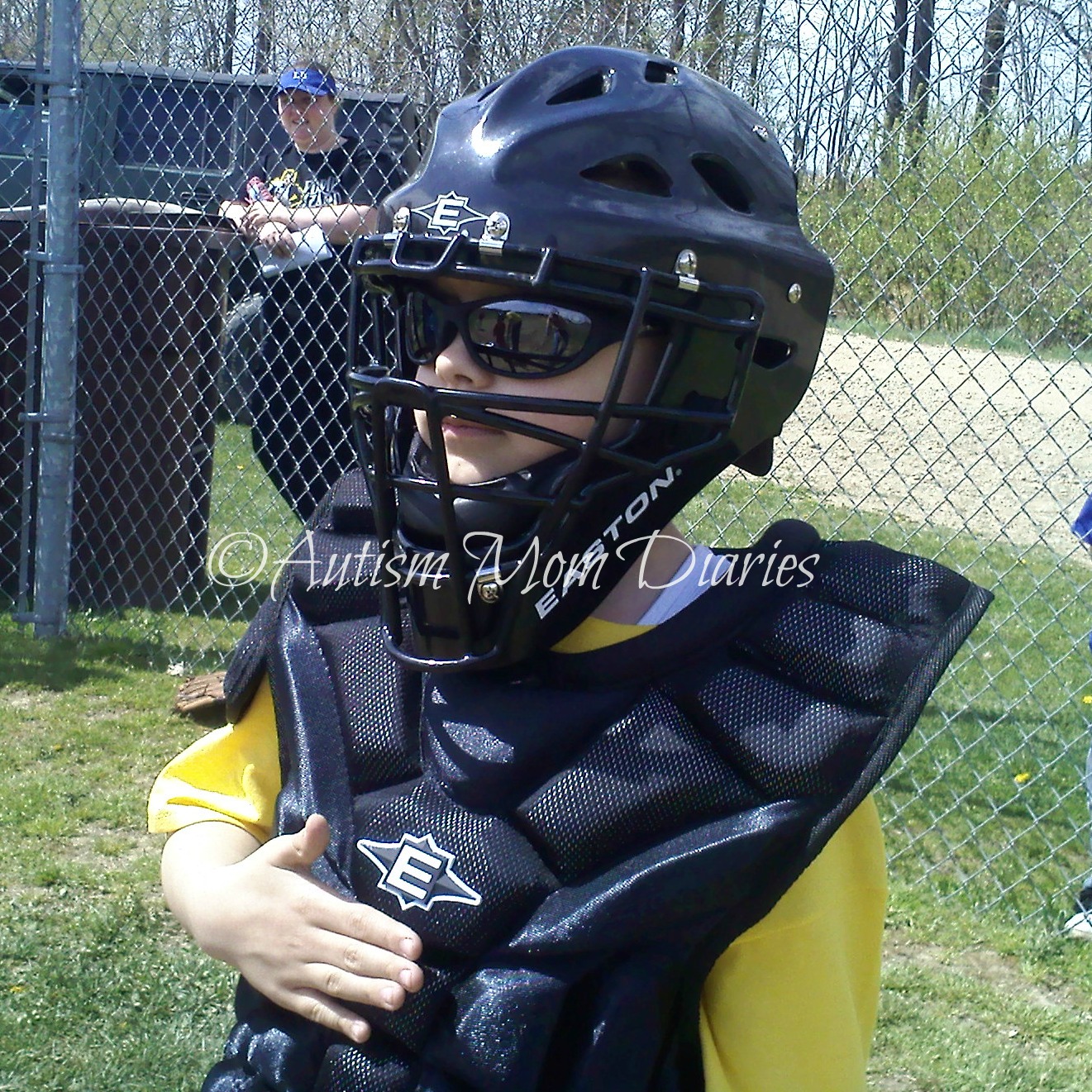 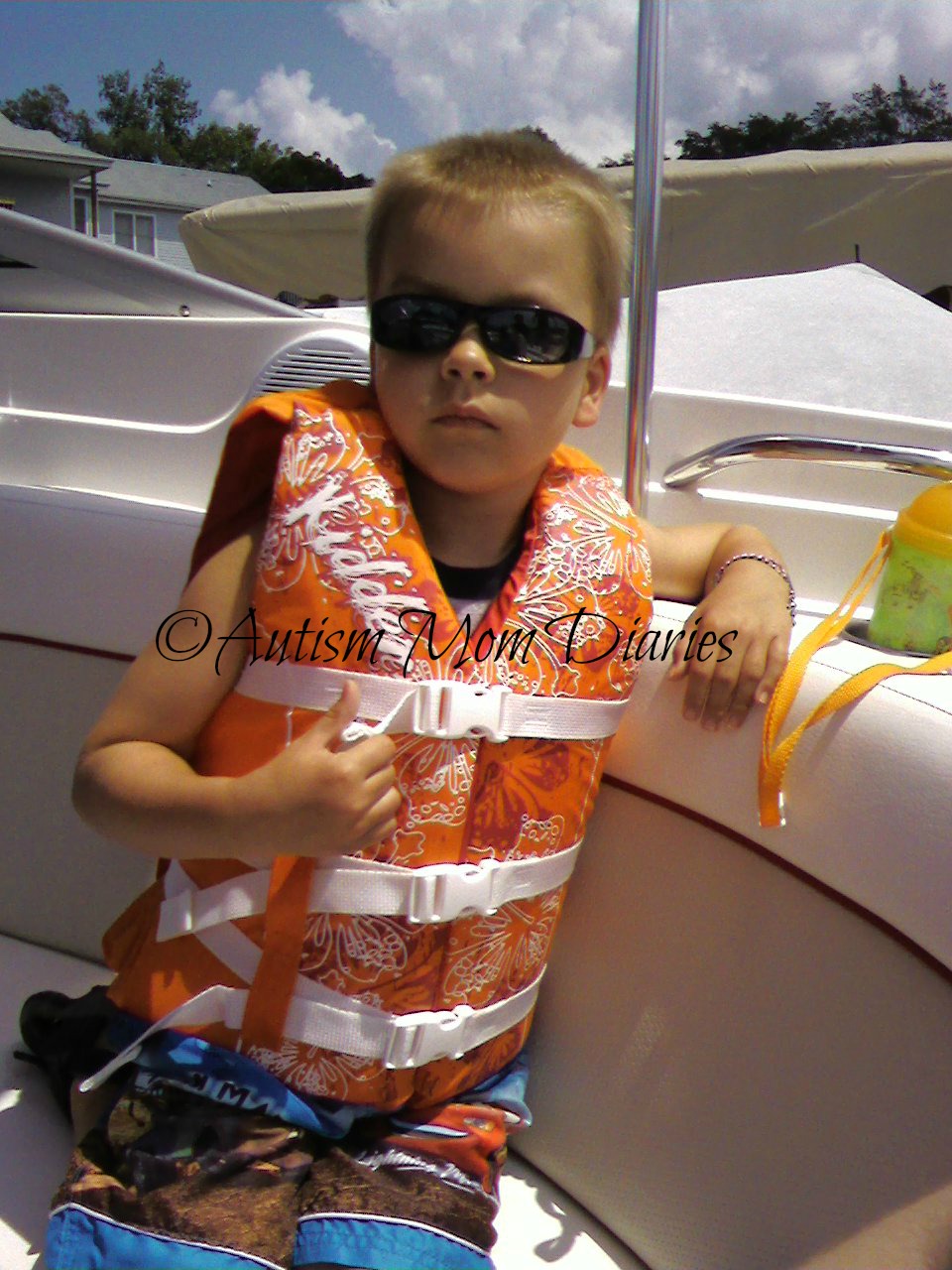 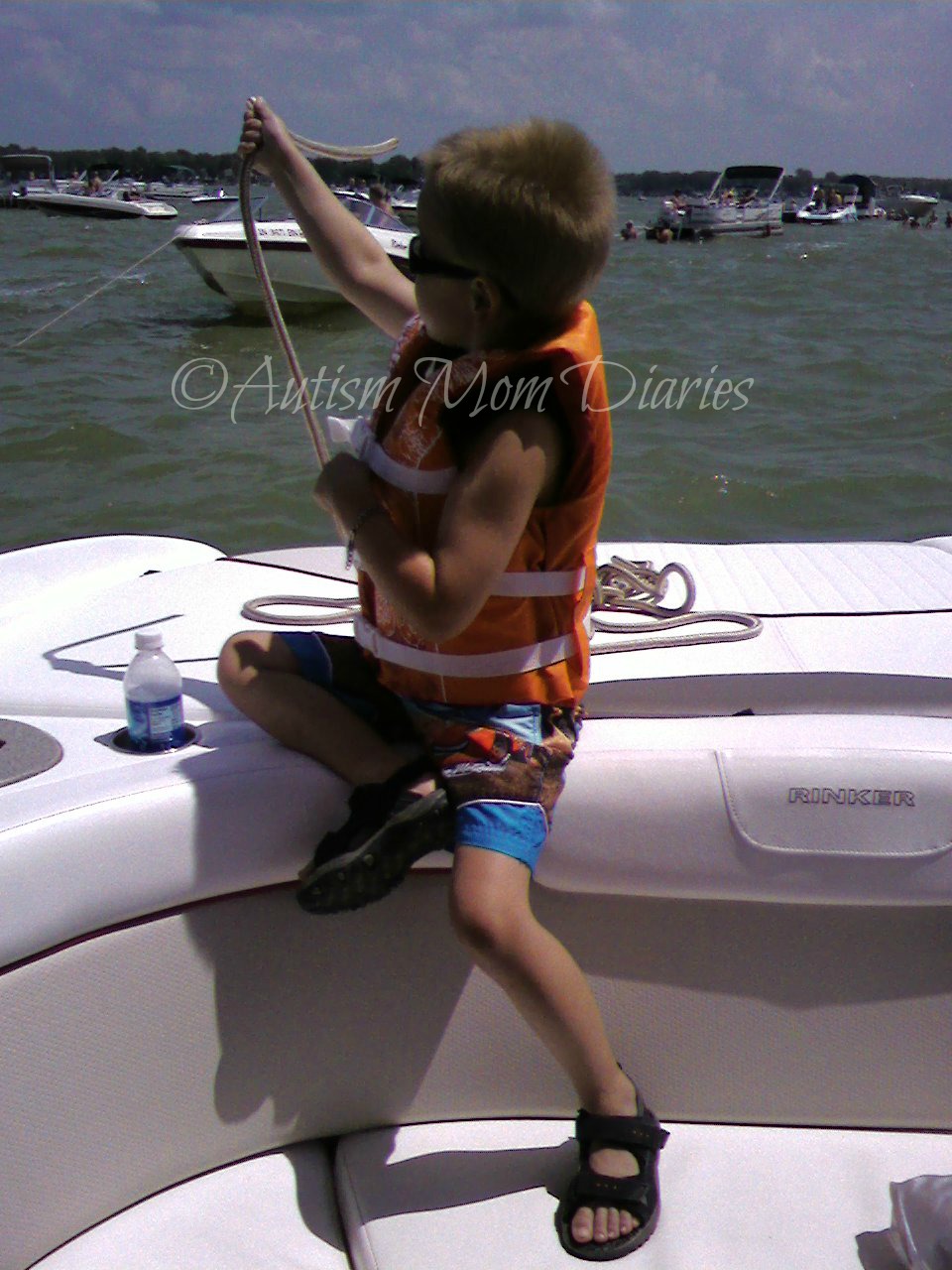 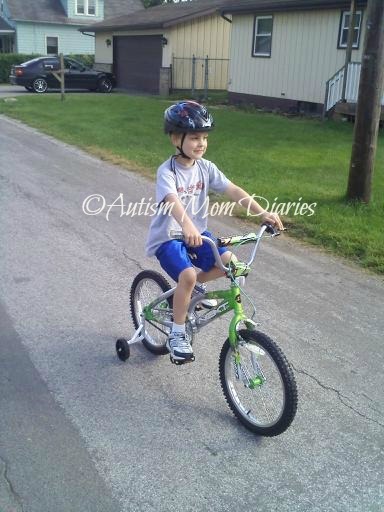 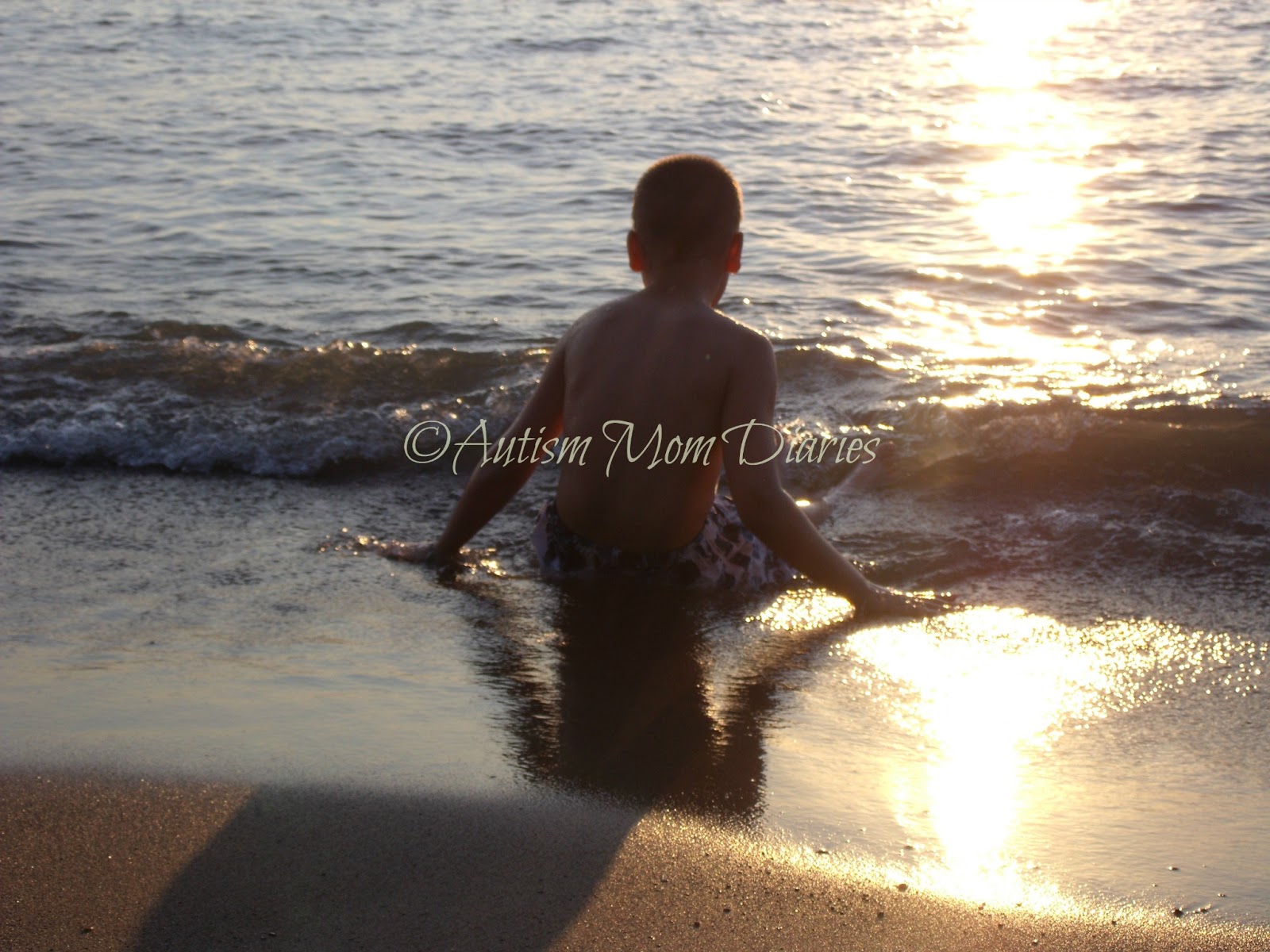