I'm not even going to sugar coat it. I rarely do anyway. So...

Over half of all Autistic children wander. HALF.

It's a sobering statistic that over 90% of those children who lose their lives, drown.

It's kind of frightening really. Terrifying.

I have nightmares about it, especially this time of year.

My son is one who wanders.

When he was 5, I got him a medic alert bracelet with "Autism" engraved on the front. (It has since worn off but I'm afraid to take it off to get it re-engraved.) On the other side is his name, my name and relation, my cell phone number, and the instruction that he may not understand verbal commands. It is fitted with a special clasp that I can't even get off without the use of two pairs of pliers. 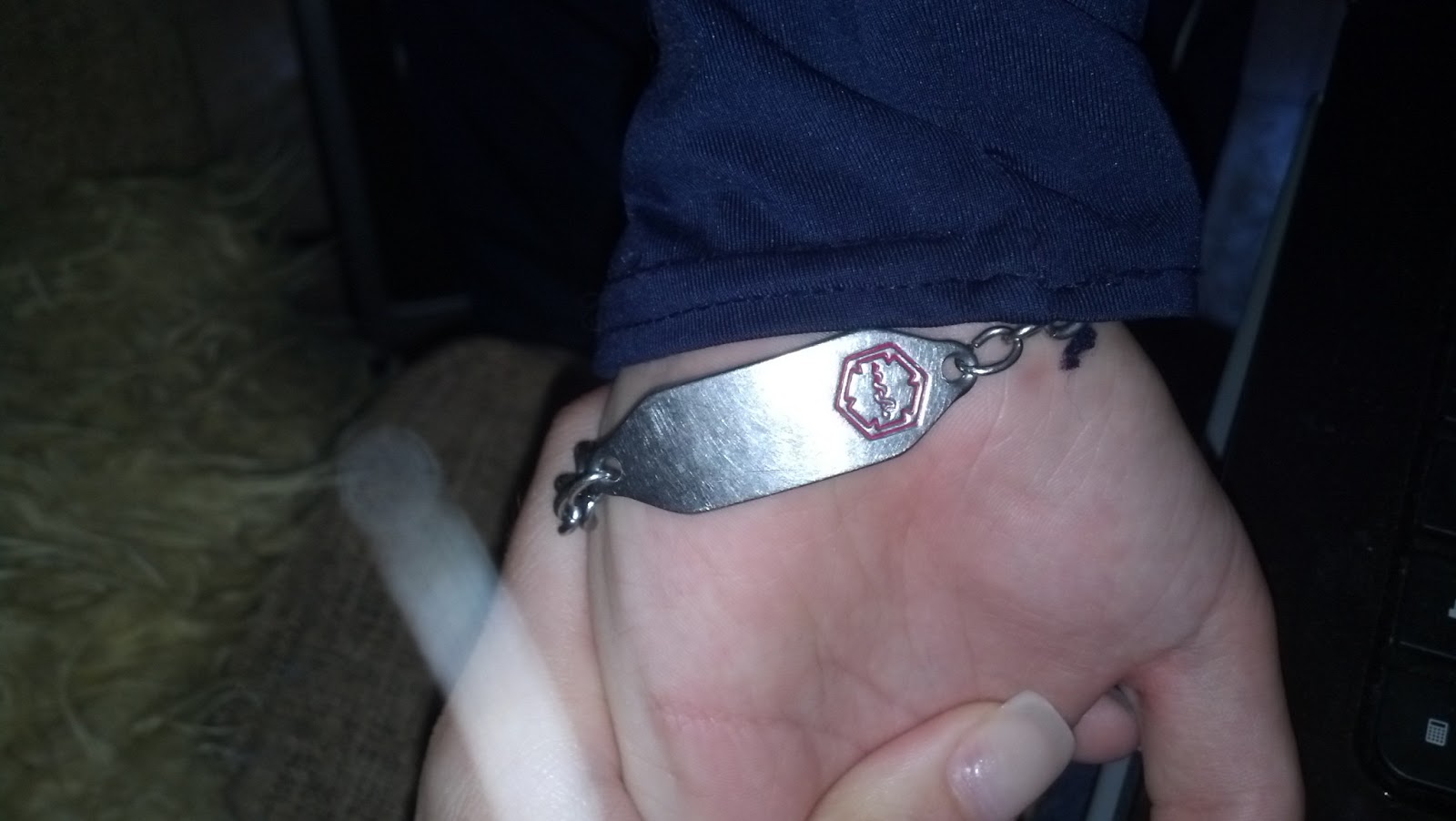 It is a reality that so many of us face. Our day to day lives are spent being the ultimate helicopter parent because, well, we HAVE to be. We don't have a choice. We can't take our eyes off of our child for fear (FEAR) that they will wander off and be lost. It isn't a parenting thing. It's an Autistic thing.

We spend hours installing and reinstalling locks and alarms on the windows and doors so that our child cannot escape and so that in case some window or door is opened, we are immediately alerted to such an event so we can rush to the scene and make our assessment.

My son knows no fear. He doesn't really think anything bad can happen. He is the epitome of childhood innocence.

I have often joked that if the house ever catches on fire, God help us because we won't be able to get out. The problem is, I'm not actually joking. 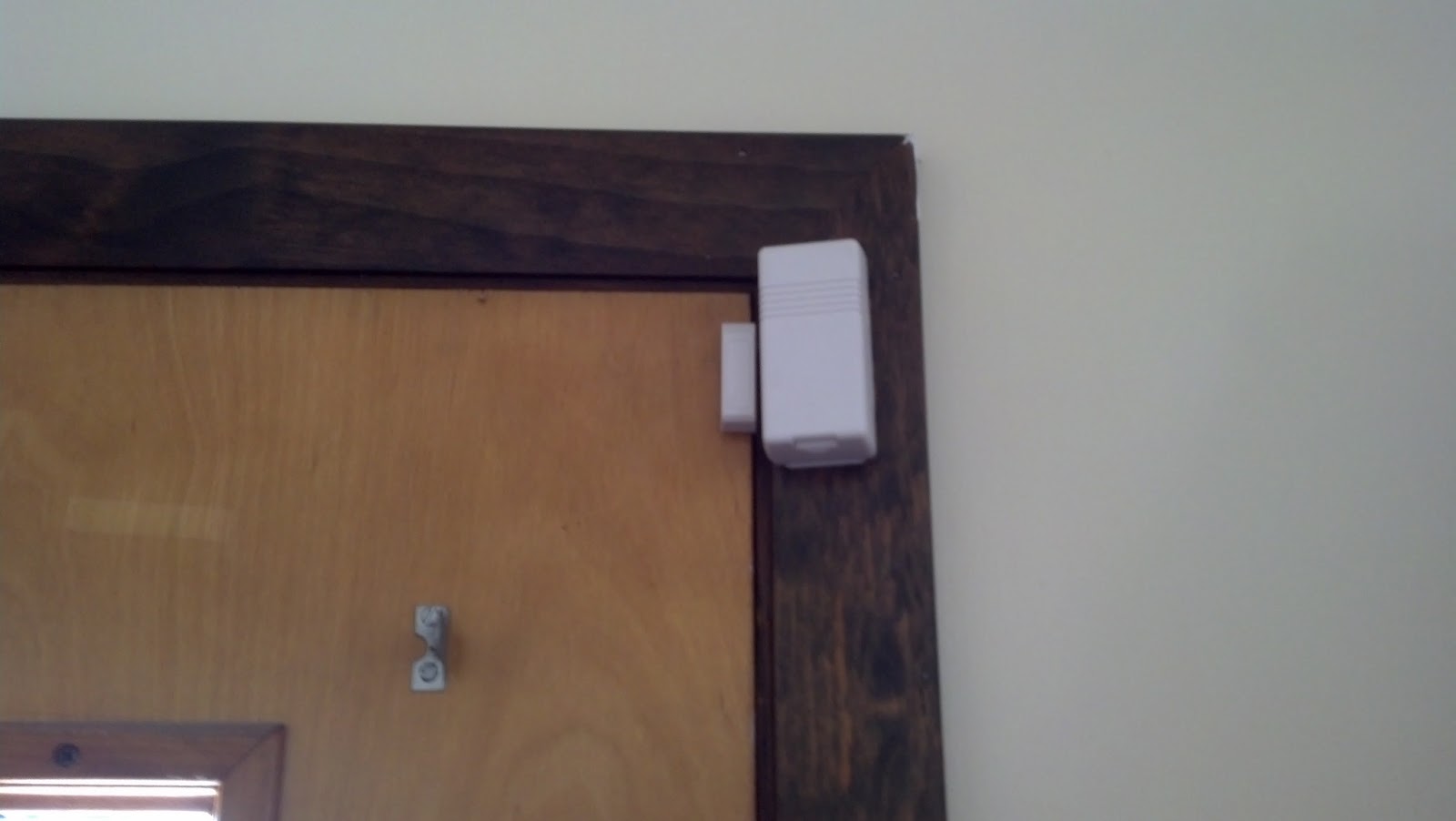 Side (and main door we use, also remains bolted): 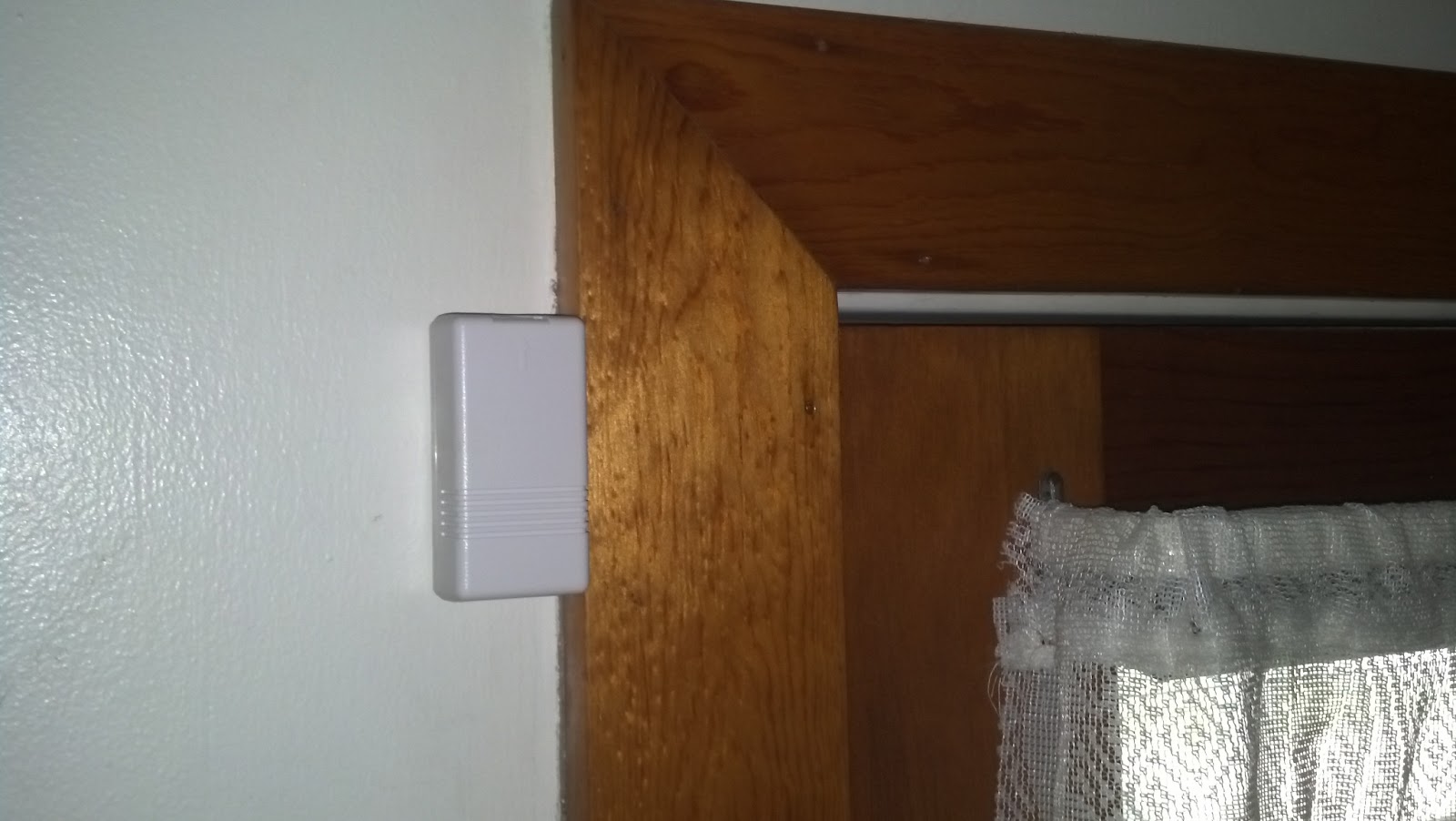 Back (sliding door, this is actually the second alarm I've had installed here, it is usually locked when I don't have it open for the summer breeze but it doesn't work well): 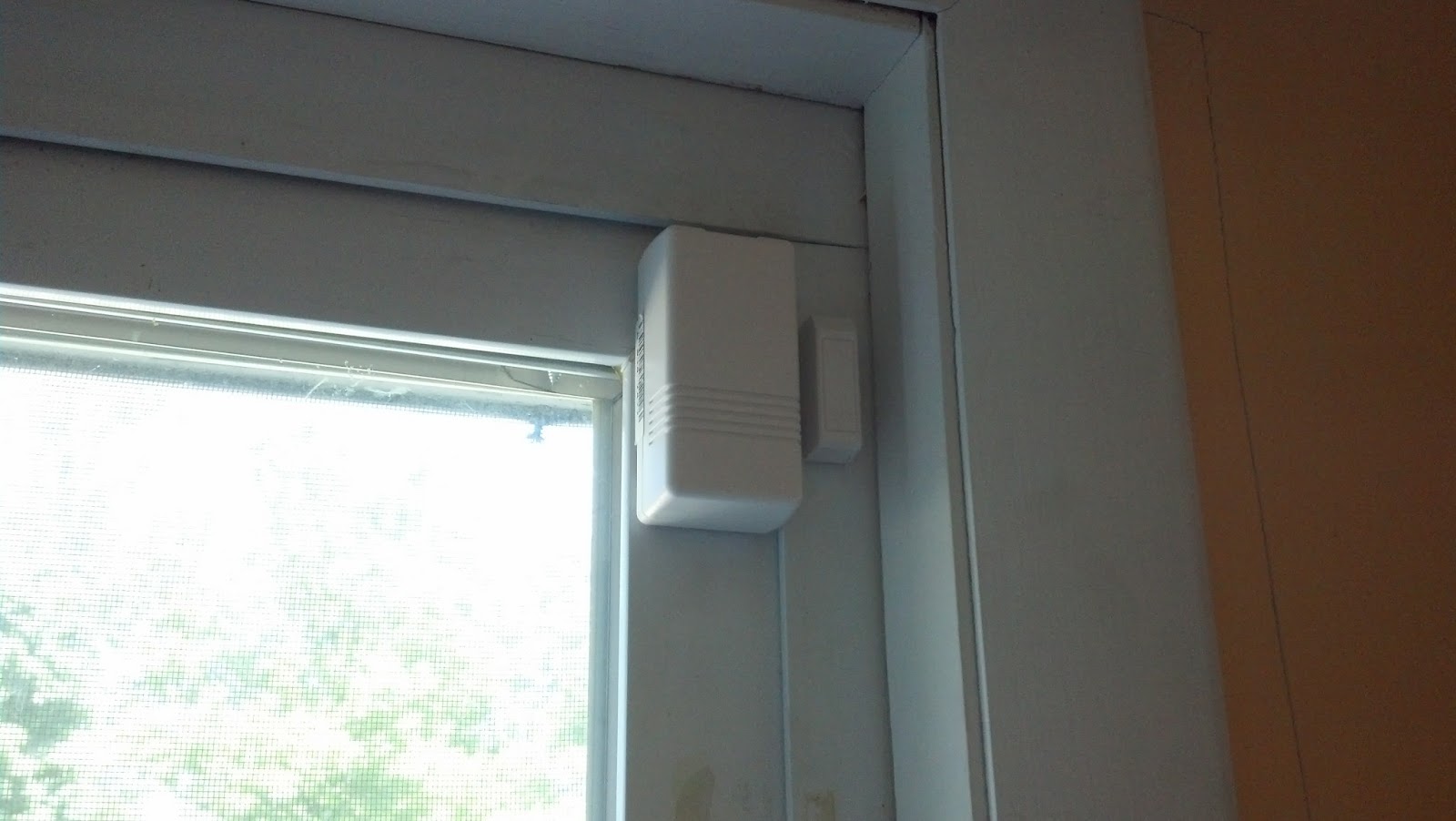 A note that can be found on all three doors to my house (he is an excellent reader): 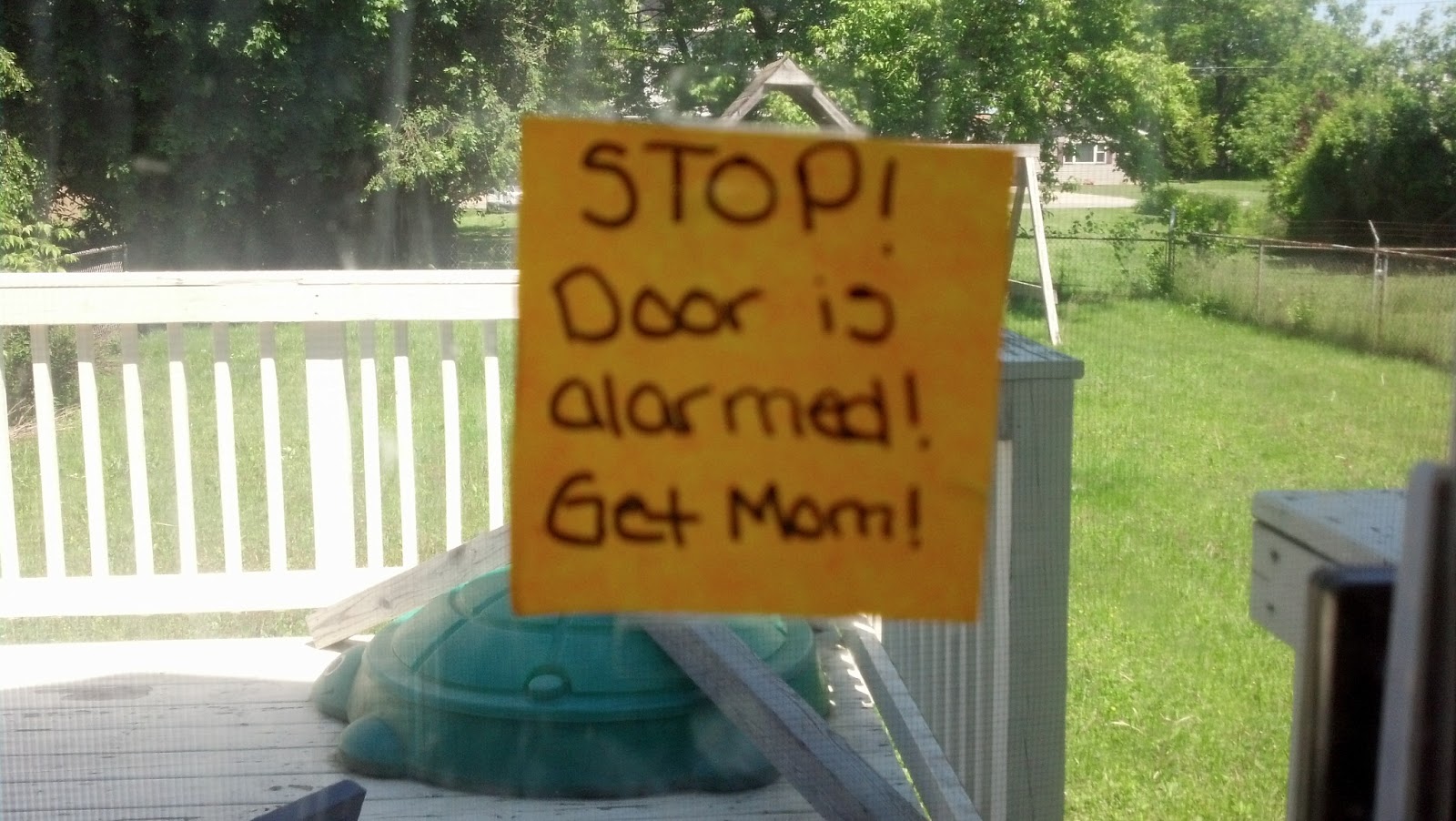 Kitchen (which leads to the side door and basement), note all the screw holes. I can't tell you how many of these locks have been broken in the 6 years we've lived in this house. (He has since learned to climb on something to open the lock...) 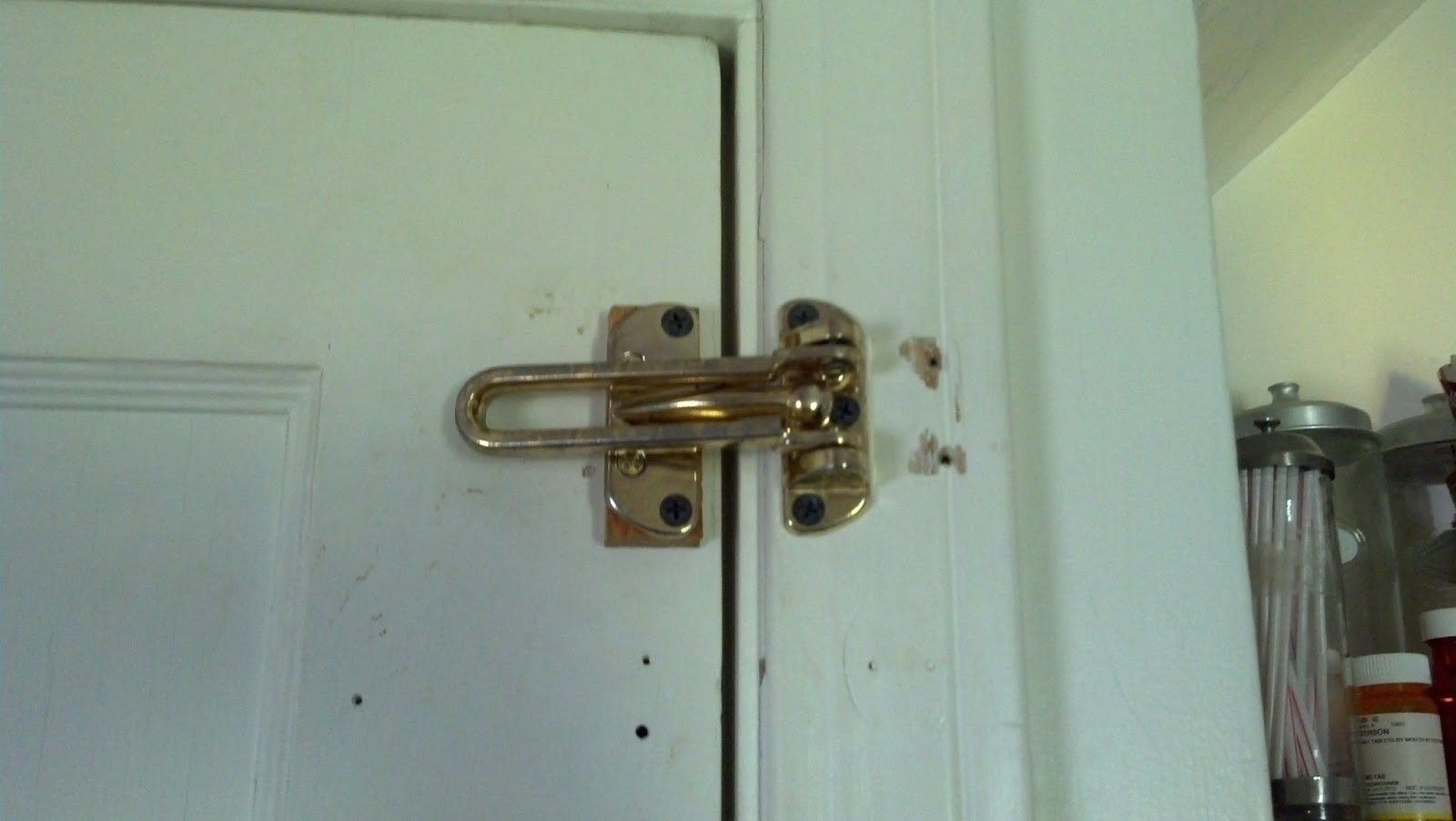 The 1x1 board that prevents the sliding back door from opening: 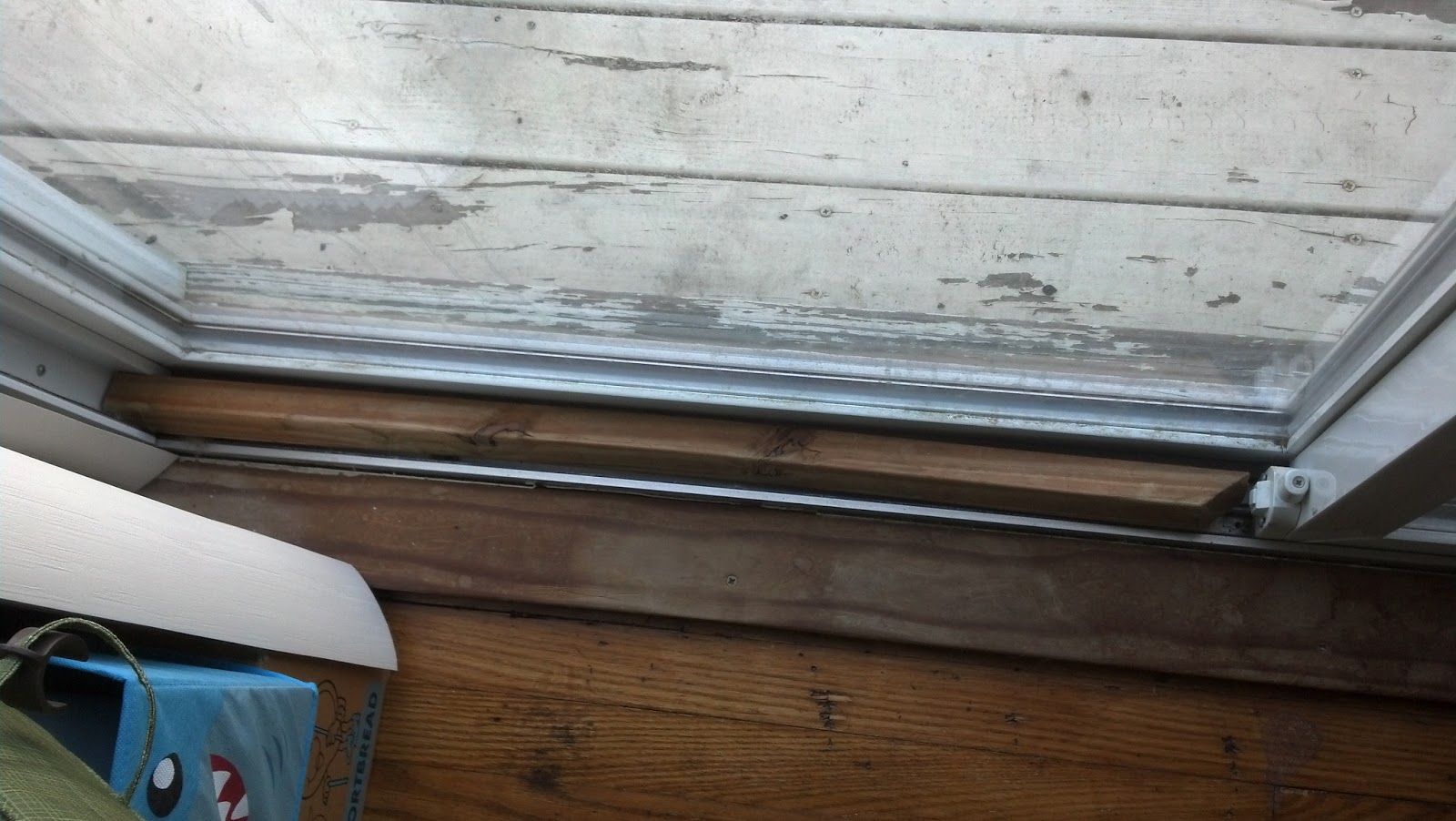 The lock in the track that prevents the sliding door from opening when engaged: 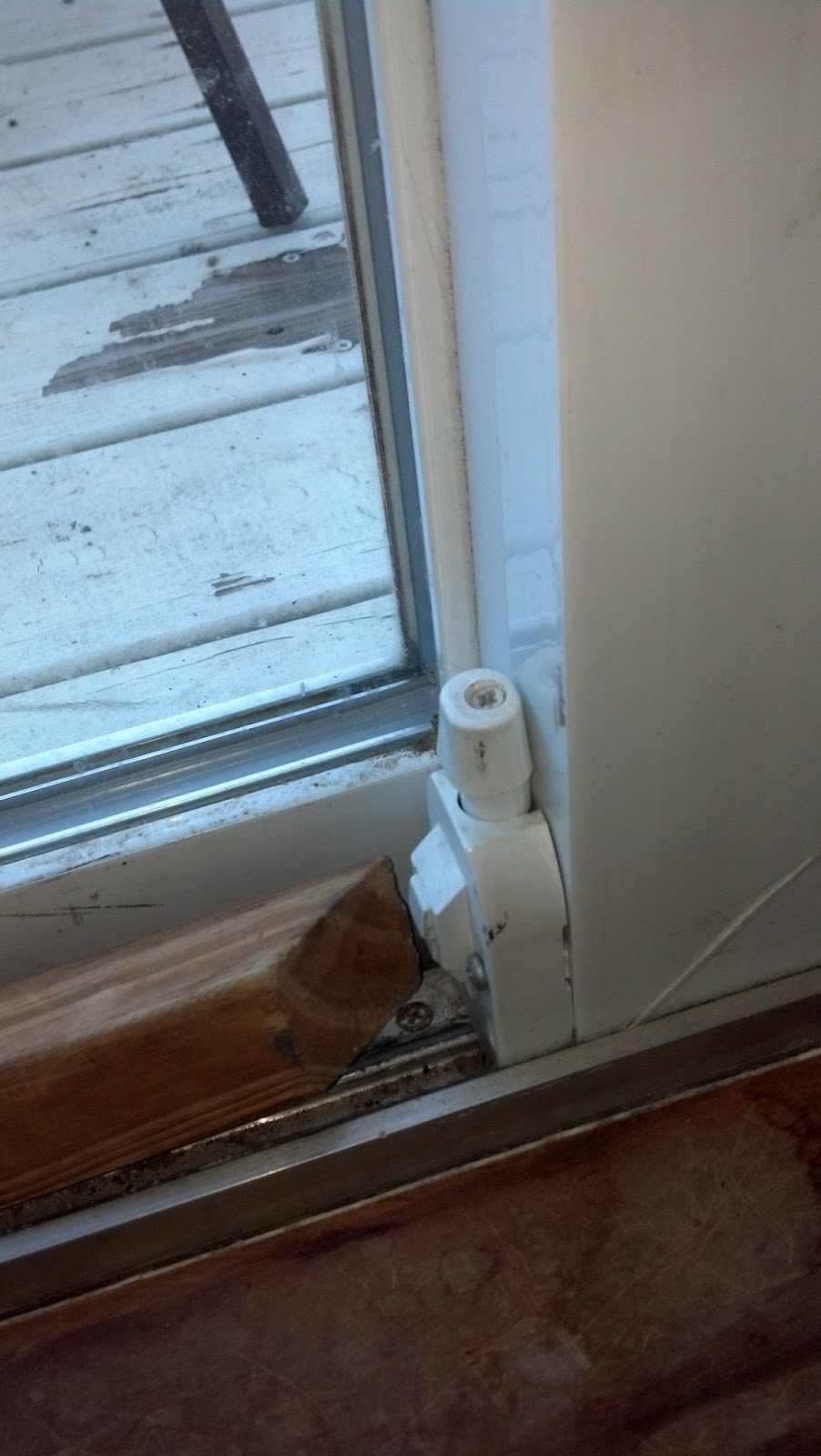 My fenced in yard: 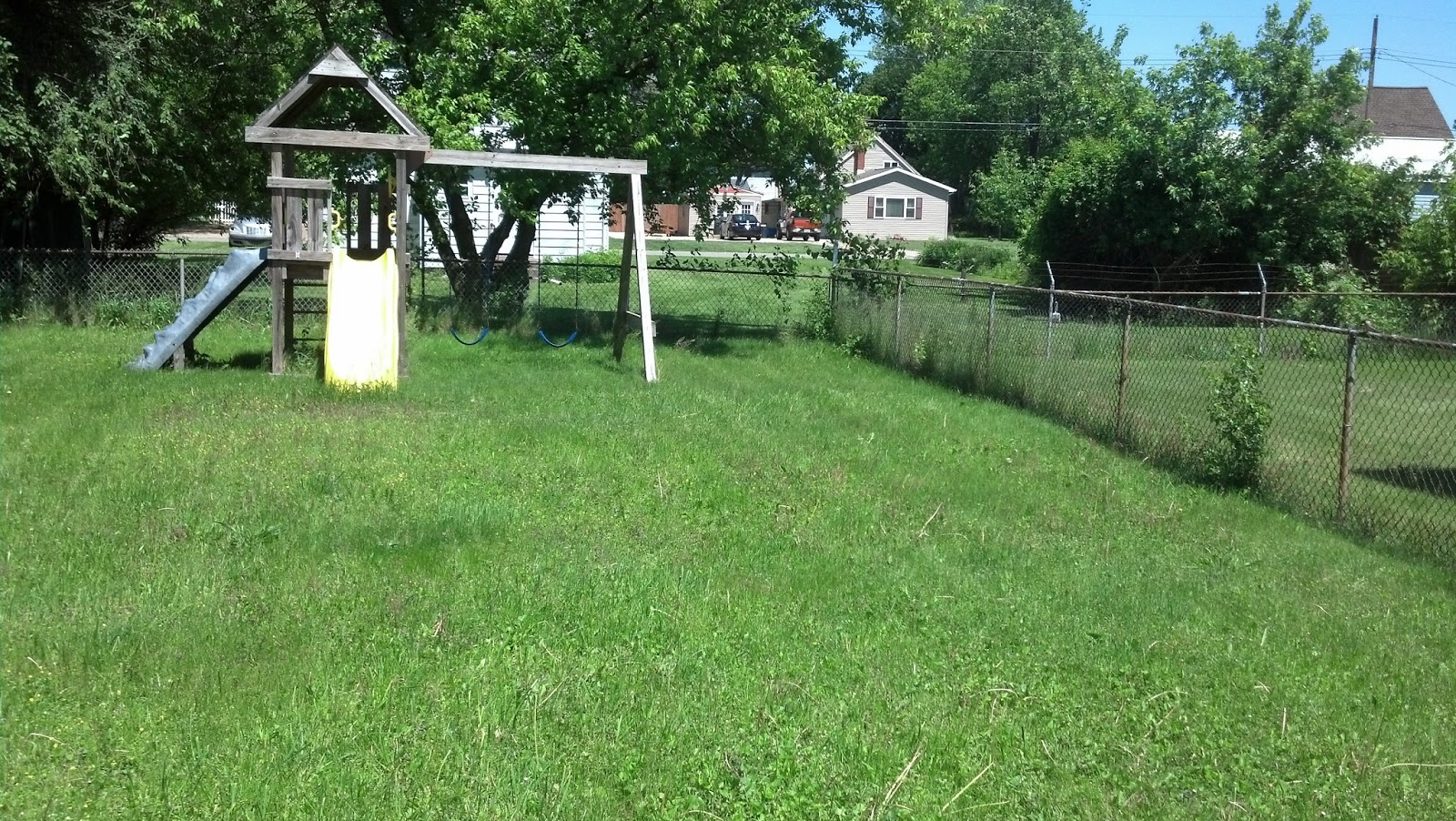 The gate to my fenced in yard, which used to have a bungee wrapped around it. He was able to undo it when he was 6. Now I rely on a 6 foot pole driven into the ground... 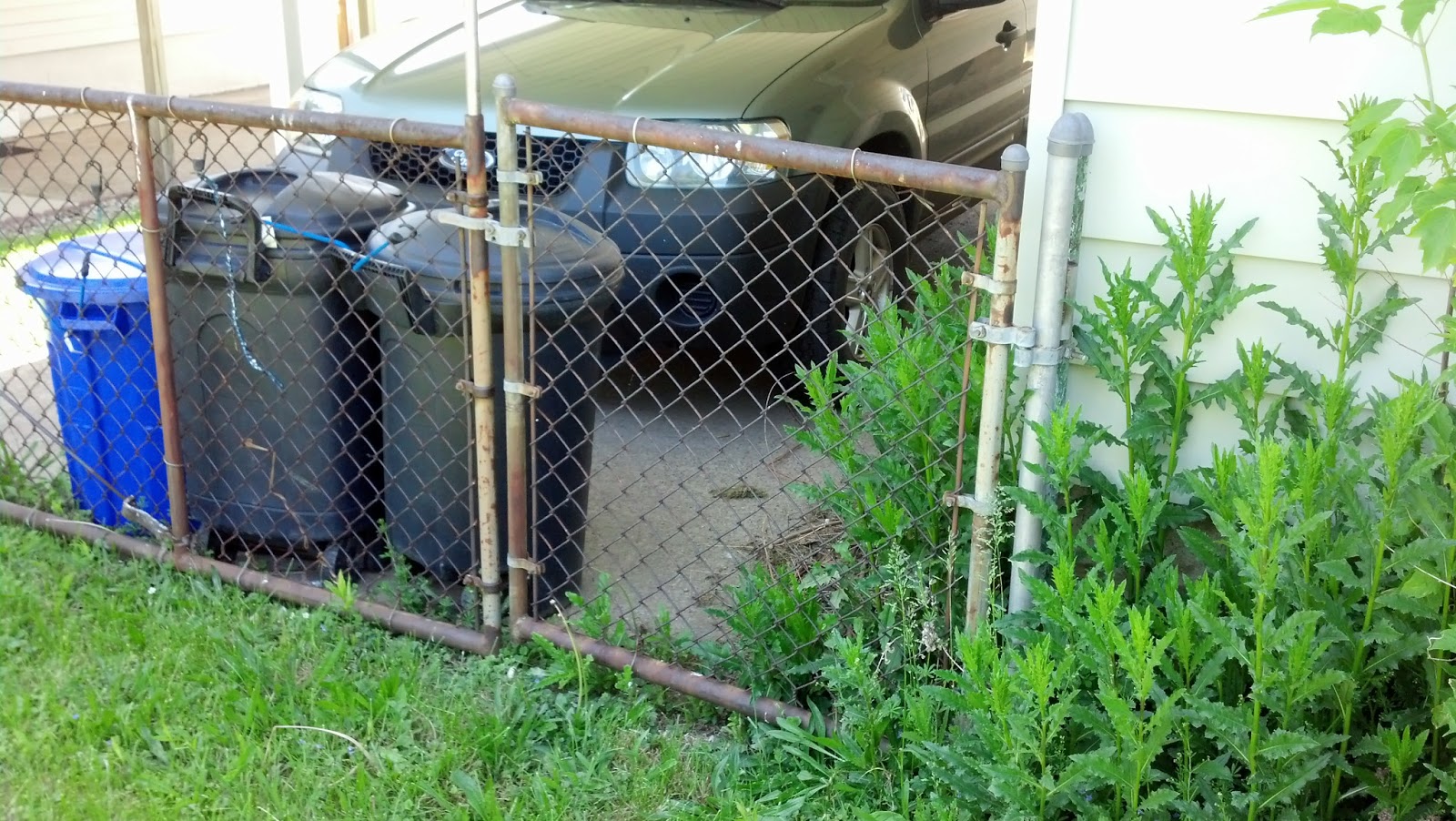 My front door blockade, complete with a note in the window warning people to not use this door: 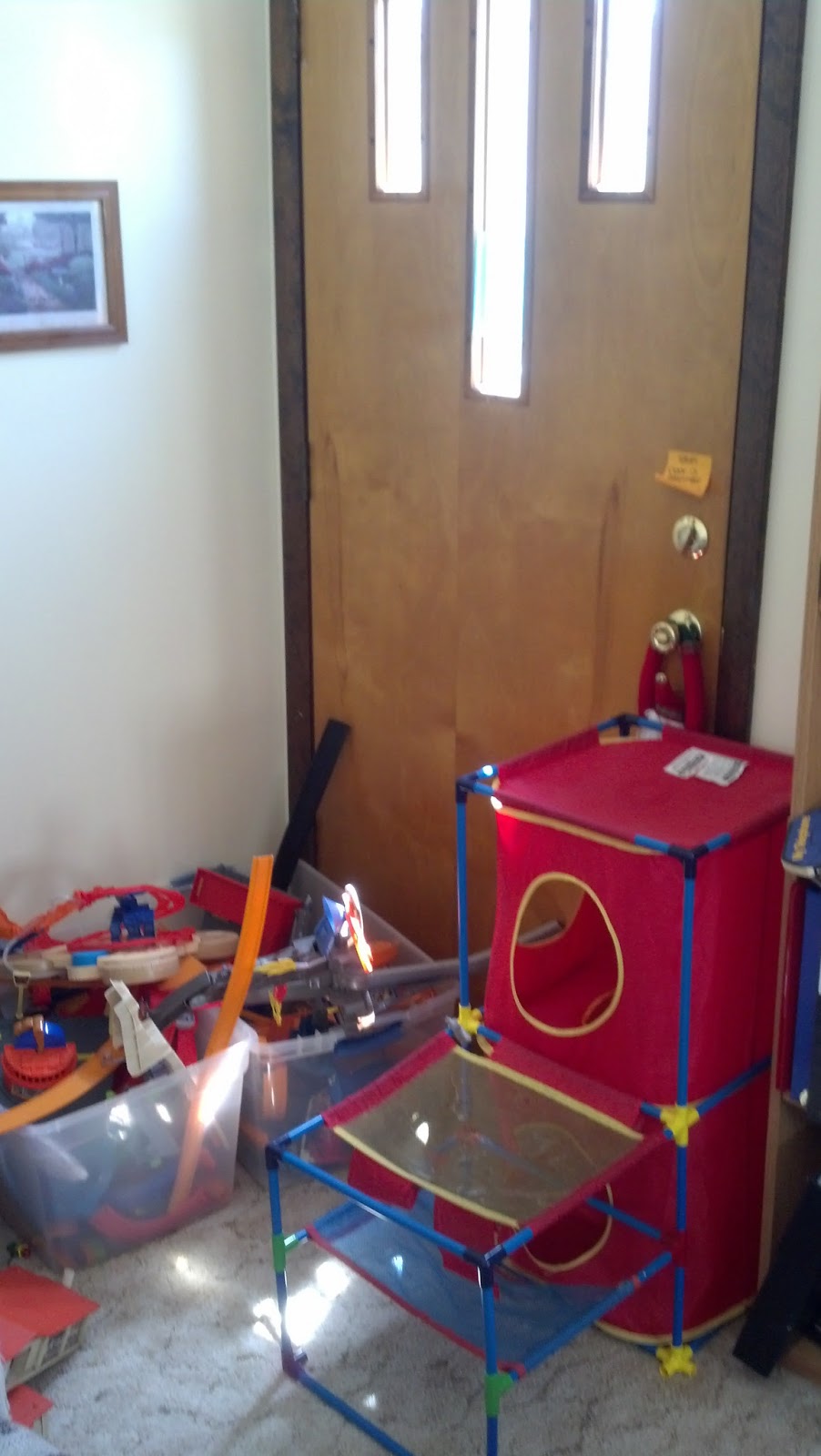 And for good measure: the attic. Yes we actually have a door to our attic. It even has stairs on the other side to up into the attic. It also has plywood boards that make up the floor over the insulation and has and endless supply of rusty nails protruding a good 2 inches holding the roof down (he's only ever opened it once).... 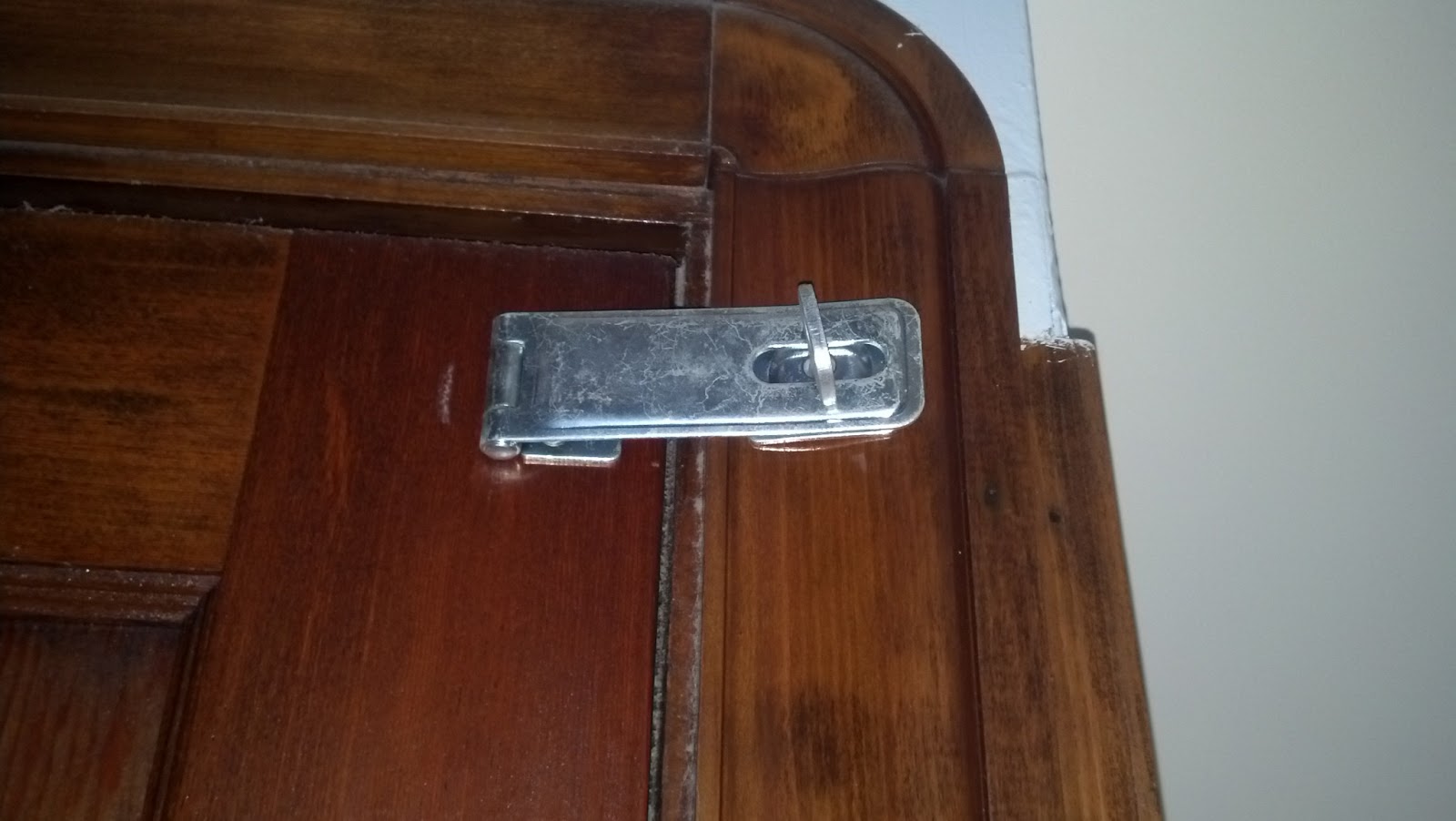 I used to use door knob covers. He can defeat them. Could when he was 4. FOUR. No regular child safety anything works with him. The door alarms will beep and tell me which door is being opened and they are part of my fancy house alarm system. The house alarm is on any time I am asleep. ANY. (Let's face it, I have to sleep sometime, even if he doesn't, and I'm a single mom so...)

The only way we have to beat the drowning statistic is the 8 years he spent at the YMCA learning to swim. This kid can swim better than most people I know, including me. We live a stone's throw from one of the Great Lakes and who knows how many swimming pools. It was a must and my #1 investment so far. Is it foolproof? No. But it's the best I can do here.

Up until recently I drove a small sports car with only 2 doors and crammed him into the back seat so he couldn't get out. My current car is an SUV that has child locks built into the door.

I can't leave anything to chance.  If I do, it will surely mean potential disaster.

To date, (knock on wood) the only time I have ever lost him to wandering was somewhere other than home. The longest he's ever been lost is 45 minutes. Forty-five harrowing, panic-filled minutes of absolute dread. It was someplace we had never been. The only reason, ONLY reason, we found him after 45 minutes, is because by sheer LUCK he snuck back in the house where we were staying. LUCK that HE decided to wander back. (This is a post for another day though.)

He still wanders off at grandma's house, the store, the beach, school, camp, wherever. He gets curious, distracted, bored, or scared and just goes. Completely oblivious to the panic and fear he's left behind in those search for him.

He is always an arms length away. If we are in a crowded place or parking lot, you can bet I have a white knuckled grip on him.

It is a necessity. It is life. It is what is required to keep my precious boy safe.